Creating a company always seems like an overly stressful task – it’s viewed in that regard because people aren’t willing to put a little work into it. Those that are passive throughout their life and work for someone else always talk about how they’d never make it and how there’s no point in trying something like that. Well, the good news is that starting up a business is absolutely nowhere near as difficult as what your head is telling you. Have you seen the amount of average Joes that have managed to generate huge sums? You just need to kind of know what you’re heading into. In order to get things going, here are a few things you’ll have to do in order to have a smooth time in this world:

Choose Something You Know Or Love

Before you approach any kind of practical work, you’re going to have a little about what you’re actually going to do. Now, what you don’t want to do is head into something that you feel will bring you lots of money based on what you’ve seen others do. Those stories you’ve seen are of people that loved their job or were competent enough at it. Don’t pick something that you’ll end up hating after a short while; it’ll be a colossal waste of time. Choose something that you’ll enjoy – that way, you’ll be content even during the more challenging times.

Business isn’t the most difficult thing in the world, as we’ve already stated, but you do have to take in quite a bit of information. Fortunately, we have computers and smartphones that can teach us what we need to be taught. Just sit in your home office for a while each day and take in as much knowledge and wisdom as you can – you’ll be richer for it.

Work With Those In The Know

You’re going to need all the help you can get in this game. It might seem like the bigwigs have done it all on their own, but they’ve actually been guided throughout the entire way. Not due to their own incompetence, but because they need to have experts in all kinds of fields fighting on their side. There are so many different facets, and you can’t expect to know it all. You’ll probably have to head to the likes of https://www.yourcompanyformations.co.uk in order to get yourself set up with all kinds of different services included. You might need a graphic designer. You might need an IT support firm alongside you. Look into what’s needed and hire accordingly.

Don’t Stand In Awe Of Such A Project

Finally, you should probably approach this kind of thing with confidence and a can-do attitude. When it comes to something as significant as starting a business, a lot of people might freeze at the entire situation. It’s always portrayed as a pretty rigorous set of tasks that only the best of the best will be able to complete. Those at the top are seen as demi-gods with different brains to the average person. It’s not really that deep. Those at the top are the same as you, and you can absolutely reach the pinnacle if you want to. 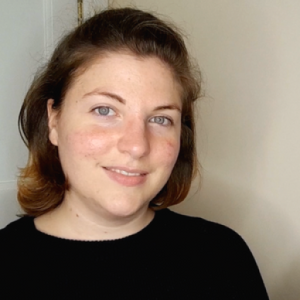 How To Get Started With Your Own Business

How Organizations Can Give Back and Have a Positive Impact